Keith Turley made his name painting celebrities – he’s worked his way through pretty much the entire canon of post-war British comedians, from Norman Wisdom to Morecambe and Wise.

These days he focuses his portraiture on ordinary folk, because he has more artistic freedom than he ever did with high profile commissions. 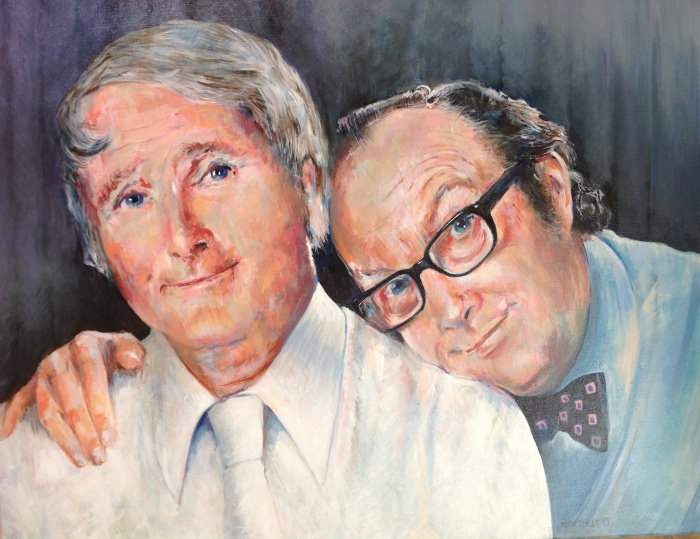 A recent exhibition A Fair Day’s Work  ran for a month as part of the Bewdley Festival and featured people in typical Black Country settings. It was well received, and the enthusiasm from the public showed Keith that he is making the right choices as an artist.

‘My works are often very large, and people say ‘You’ll never sell paintings that big,’ but the work at Bewdley did sell, and it had a lot of impact.’

Keith often dips into local subjects in his portraiture, and enjoys the challenge of painting people at work.

‘Showing people in working environments is a way of delivering a portrait plus the context for it, and if it’s an interesting environment it makes for a better painting.

‘The glassmaker rolling his glass is made more interesting by the lines of the workshop.’

Heat is a major theme in works featuring industrial settings. ‘The Driver’ was recently selected for the RBSA Prize Exhibition, and Keith describes how it came about.

‘I was invited onto the footplate of one of the engines at the Severn Valley Railway. I’m not a steam enthusiast as such, but it was certainly a great experience. I had, in John Price, one of the most experienced and trusted drivers on the railway.

‘I wanted to keep my portrait free and painterly, without being overly illustrative.

‘I used red underpainting to denote the heat, and the bright copper pipes and the firebox throwing out lovely warm tones contrasted with the cooler colours worked in on top.

‘Heat is a theme I pick up in other works, such as the painting in the RBSA Permanent Collection of chain makers, ‘Forging the Link’ and ‘The Brass Caster’… and I have another painting of glassmakers where it provides the focus.’

Keith once painted countless household names, and was commissioned to produce works on the Carry On films and television sitcoms such as Only Fools and Horses and Dad’s Army.

‘The thing was with the celebrity works, there was an expectation to come up with an image already known… so you’d inevitably produce a cliché. It was difficult to be original or to have creative control.

‘I’d do a lot of research, often involving the celebrity’s family, so I could make it as fresh as possible. But it was often a commission destined to be auctioned for charity and so it had to have popular appeal.’ 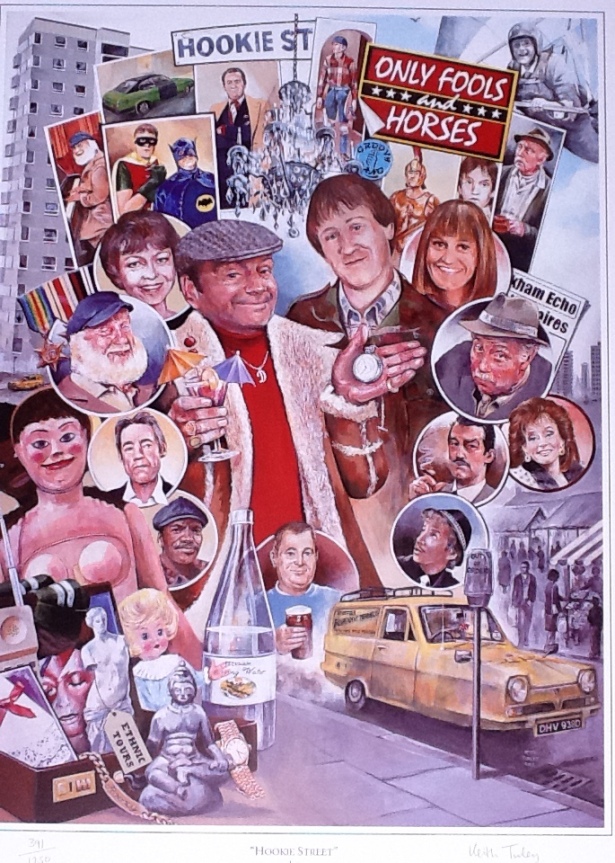 Fifteen works by Keith are on display at Pinewood Studios, and he says: ‘Over the years, I produced a long series, including most British comedians and a number of actors and musicians.

‘I spent some time with Leslie Phillips at his home in Maida Vale, as the British Comedy Society wanted to present him with a portrait for his 80th birthday. He was a charming man, and it was a fascinating visit.

‘We took a lot of pictures in the garden but the sitting room said more about him, and as he sat for the painting he was just chatting away, surrounded by papers and letters on the floor.

‘I also had the pleasure of meeting Norman Wisdom on various occasions. But enough of the name dropping…

‘I am much more interested now in portraiture of everyday people. It’s entirely up to me how I present a sitter, and how I compose a portrait. I like featuring down-to-earth people, like my mum’s neighbours who looked after her so well.

‘There are no expectations with these paintings.’ 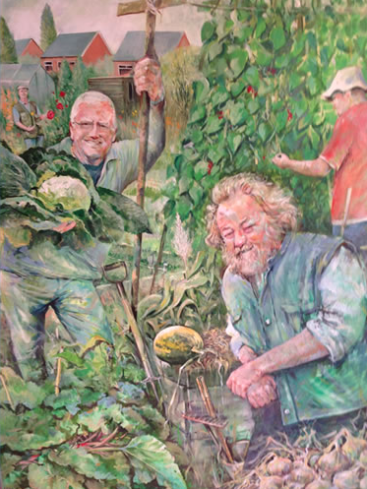 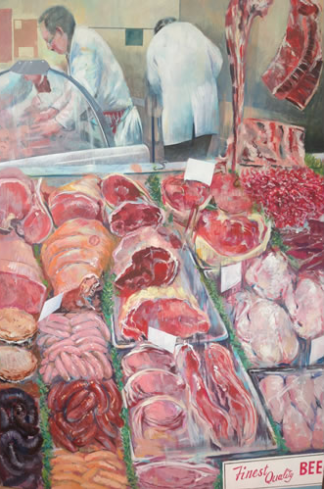 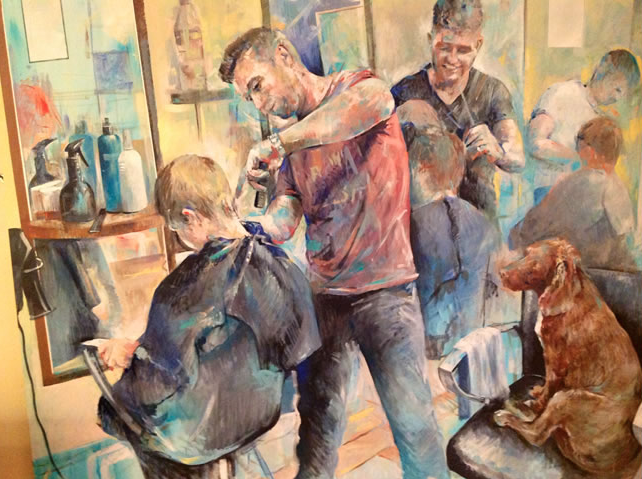 Read more about his work at http://www.keithturley.com